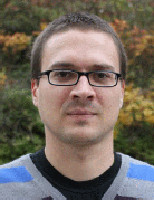 Clemens Stierstorfer received the Dipl.-Ing. degree in electrical engineering from the Friedrich-Alexander-Universtät Erlangen-Nürnberg (FAU) in 2003 and the Dr.-Ing. degree for a thesis on coded multicarrier transmission from the same university in 2009. From 2003 to 2009 he was a research assistant at the Institute for Information Transmission of FAU headed by Johannes Huber. Since 2009 he has been working with the same institute as an Akademischer Rat, from 2014 on as an Akademischer Oberrat. In 2017 he joined IDC.