Prof. Ralf Müller is appointed an IEEE Fellow. Congratulations!  "IEEE Fellow is a distinction reserved for select IEEE members whose extraordinary accomplishments in any of the IEEE fields of interest are deemed fitting of this prestigious grade elevation." The annual number of new appointments never exceeds one per thousand of the total voting members of the IEEE.

Prof. Schober in 2022 was again, now for the 5th time in a row (!), ranked among the top 1 percent of the world's researchers in terms of number of citations in 2022. This year, four FAU scientists are among the most cited research personalities in their field. The "Highly Cited Researchers List" again lists the 6938 most influential researchers worldwide in 2022. With 396 researchers on the list, Germany ranks fourth. 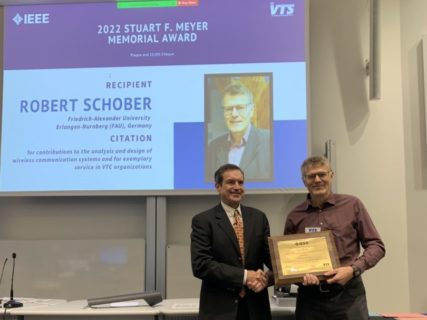 Prof. Dr.-Ing. Robert Schober received the IEEE Stuart Meyer Memorial Award from the IEEE Vehicular Technology Society. The award recognizes scientists who have contributed in "an outstanding and exemplary manner to the development of wireless technology and science". Prof. Schober was recognized fo... 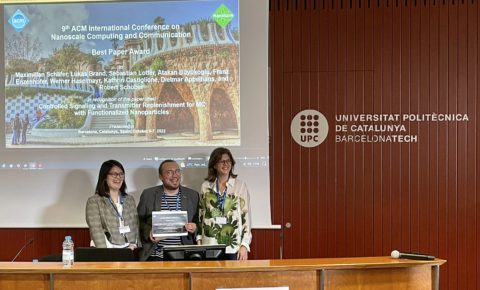 Best Paper Award at the 9th ACM International Conference on Nanoscale Computing and Communications (NanoCom22) for the paper "Controlled Signaling and Transmitter Replenishment for MC with Functionalized Nanoparticles". 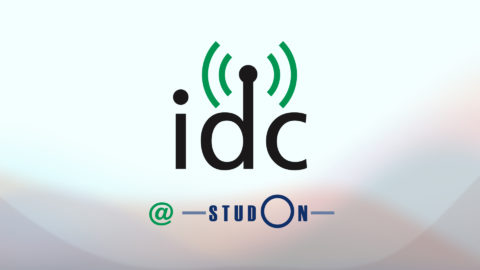 IDC's course offerings for this winter semester are now available on StudOn.  Please use this link to visit our StudOn pages: Link to IDC@StudOn